On Aug. 6, 1962, the former British colony of Jamaica gained independence from the United Kingdom. Six years later, the Maytals released “Do The Reggay” — commonly celebrated as the first reggae record. ⁠

⁠Since then, this small island in the Caribbean has given the world over 40 years of Reggae music. ⁠⁠

In honor of this landmark independence celebration, musician Coppa Stone (@coppastone) will explore a few of the Jamaican music artists and sounds that may have inspired Bob Marley, before his rise to international fame. He’ll also take a closer look at some of the artists that continued to carry the torch after his death in 1981, concluded by a short, live performance with Dub Kartel.⁠

⁠Dinner will be available for sale from Jamaican Flavors, a local Jamaican food and catering company. ⁠⁠

Suggested donation $5 at the door. Proceeds benefit OpenDoors Asheville (@opendoorsasheville), in support of its mission to strengthen community by eliminating the race-based opportunity and achievement gaps for students through education. 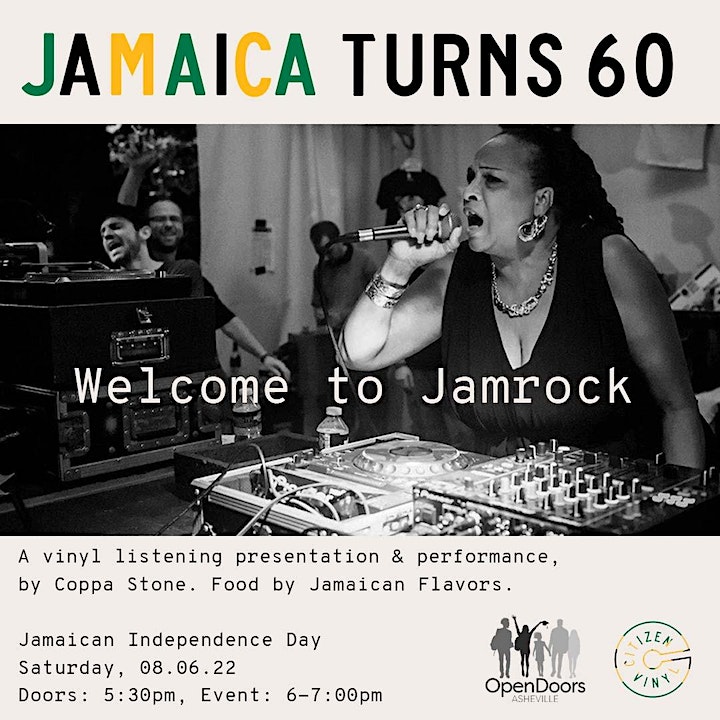