The Road To Unforgetting: Book Launch & Talk With Pete Candler A book launch and discussion with writer & photographer Pete Candler about his latest work, a collection of photos taken across the South.

THE ROAD TO UNFORGETTING is a collection of 175 black-and-white film photographs from a series of road trips across the backroads of the American South from 1997 to 2022. The photographs document lesser-known, often unmarked, sites in the history of the South, and point to the ways in which public memory often selectively amplifies histories (or mythologies) favorable to whites, to the exclusion of less comforting truths that have been displaced from public consciousness but which remain obscurely inscribed on the Southern landscape. An introductory essay is a meditation on memory and forgetfulness, and on the nature of the road trip as a spiritual exercise. Accompanying many of the photographs are short micro-essays that constitute the fragments of a reconstructed memory. Like signposts on the road to unforgetting, they point towards a more whole understanding of America’s most singular region.

A native of Atlanta, Georgia, Pete Candler is a writer and photographer based in Asheville, North Carolina. He is a graduate of Wake Forest University and The University of Cambridge, and a former professor of theology. His ongoing storytelling project, A Deeper South, is a study in word and image of public memory and forgetfulness in the American South. The Road to Unforgetting is a companion to Candler’s forthcoming non-fiction narrative, Prologue to the South (University of South Carolina Press, 2023). 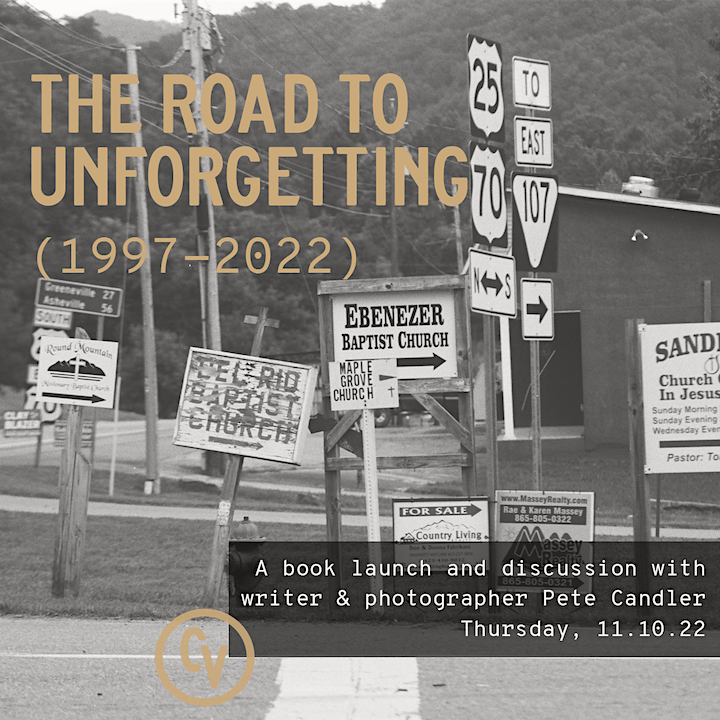