Guitarist, composer, synthesist, and horror film enthusiast Paul Bielatowicz shares his score to a screening of the silent film Nosferatu.

Paul Bielatowicz is a guitarist, composer, synthesist, and horror film enthusiast. He’s also the guitarist for Carl Palmer Band (Palmer was the drummer for ELP).

The great Arthur Brown (who sang “FIRE” in the late 1960s) was the recent vocalist on CPB Tour and is a featured vocal presence in the movie/video content of this show — for a super cool extra historic treat! 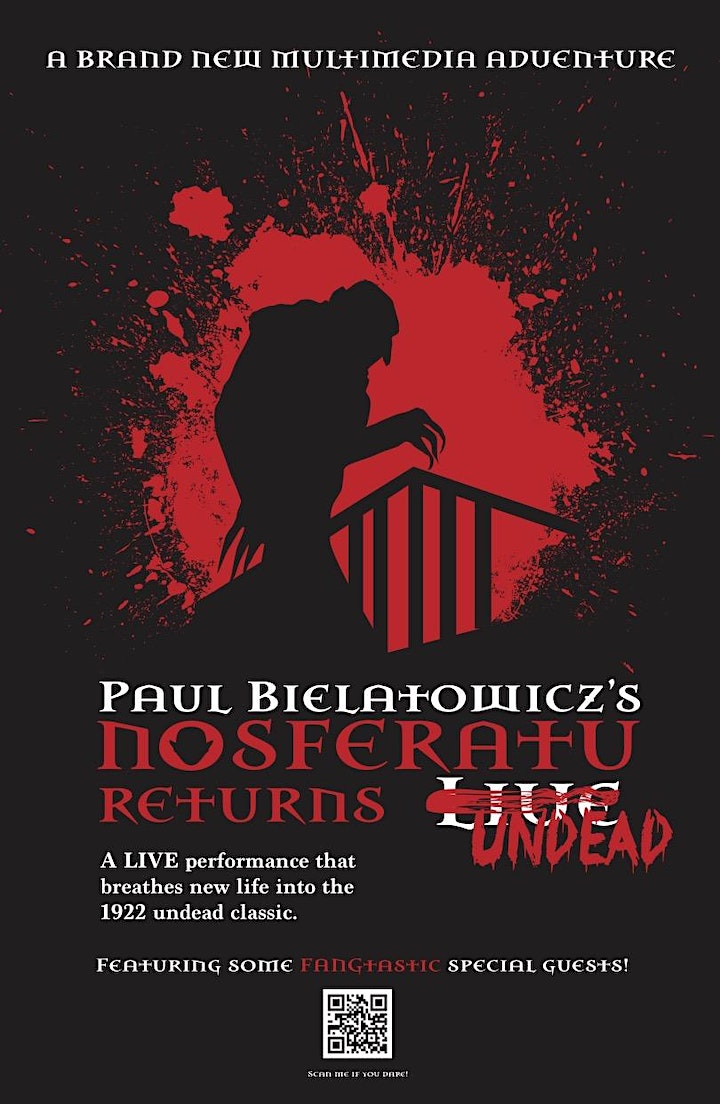