Thanks to Alli Marshall and Mountain Xpress for helping us share the Citizen Vinyl story. Check out the full feature online or read an excerpt down below. 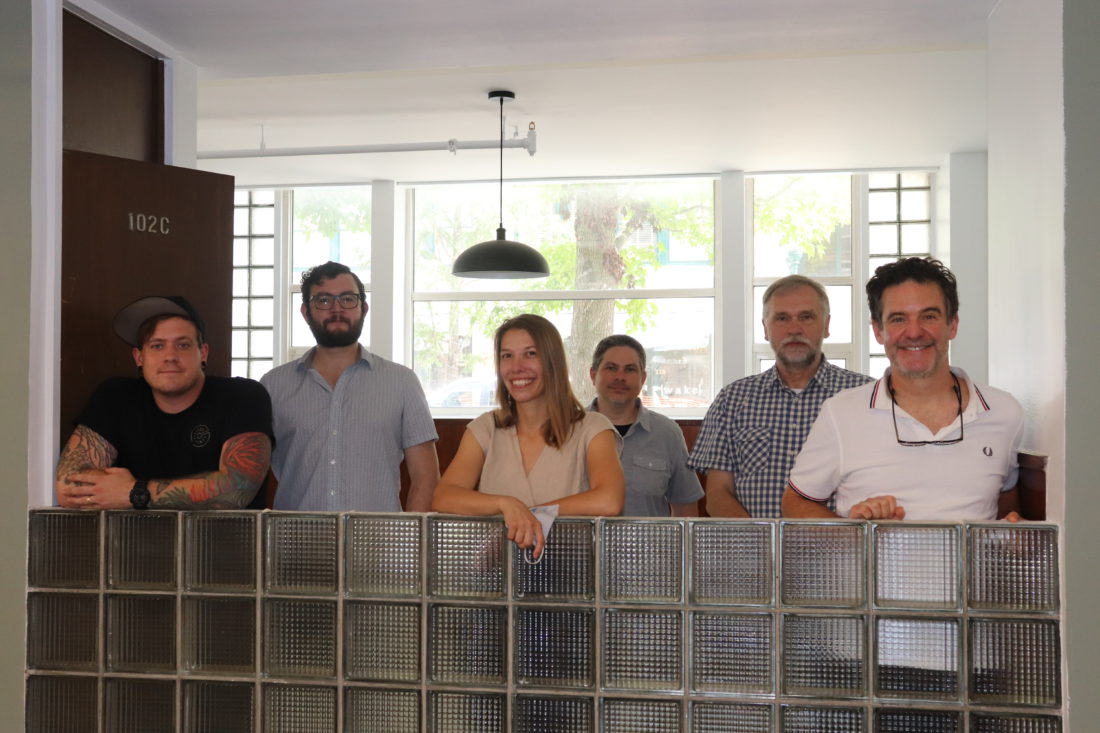 This year is proving a difficult time to run most businesses, let alone launch a new enterprise. But the team behind Citizen Vinyl — a collaboratively envisioned vinyl-pressing plant, performance space, record store, craft cocktail bar and eatery — is moving forward with plans to debut the facility on the ground floor and mezzanine of the Asheville Citizen Times building. Its opening is set for Thursday, Oct. 8.

“I’m quite hopeful and excited about the opportunities [of] the project,” says local producer Gar Ragland, the company’s founder and CEO. The Citizen Vinyl team is “very interested to position ourselves to be a post-pandemic community resource. We can work closely with the independent musicians in town to give them some opportunities, when it’s responsible to do so: to perform, to get their records pressed and to partner with them to promote those recordings.”

Ragland is the president and co-founder of NewSong Music, which he relocated from Brooklyn to Asheville in 2012. In that line of work, he’s been a frequent attendee of the annual Making Vinyl industry conference. Three years ago, it took place in Detroit, where musician/producer Jack White, a keynote speaker, led a tour of his Third Man Records, which combines an independent record label with a record store and performance venue.

“I’d gone up there to see how viable the idea would be for doing something similar in Asheville,” Ragland says. “The combination of manufacturing, retail and in-store performances was a recipe that would work really well — both for our homegrown, music-loving community and for the culturally adventurous 12 million tourists who visit annually.”

He continues, “I felt like, if we could adopt a similar model [to Third Man Records], we would position ourselves as a must-visit attraction.” He partnered with a number of local business owners to create the space, including Karie Reinertson and Rob Maddox, co-founders of Shelter Collective; Susannah Gebhart, founder of OWL Bakery; and Graham House, former executive chef of Sovereign Remedies.

Gebhart describes the cafe she’s creating for the business as an iconic American deli. “We wanted to pay homage to … the manufacturing history and the roots of the building,” she says. “[We’re] thinking about what might have been found in lunchboxes throughout the decades of workers who might have been working here … and playing on that.” Story continued on MountainXpress.com.